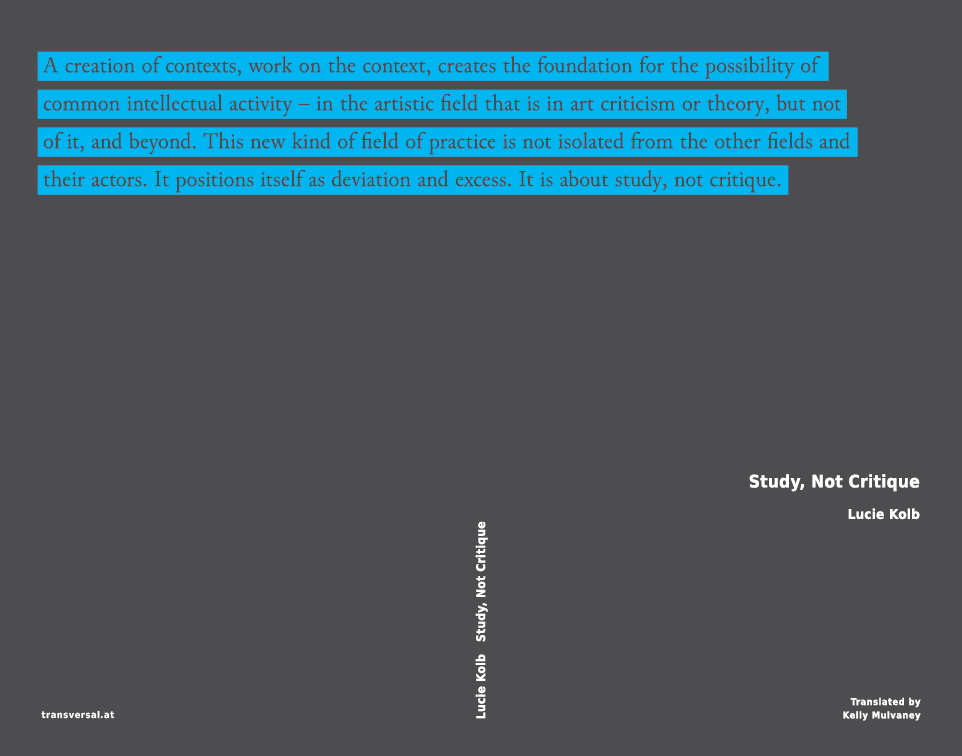 Study, Not Critique considers the fine line between self-determined knowledge production and a commodified form of critique. The book examines three journals from the 1970s, 1990s and 2010s, each of which stands for a different political and aesthetic agenda: The Fox (New York, 1975-1976), A.N.Y.P. (Munich and Berlin, 1989-1999) and e-flux journal (New York, 2008-present). In distinct ways, each publishing project blurs the border separating artistic production and discursive production while simultaneously attending to new forms of discipline and commodification arising in the process. Lucie Kolb demonstrates the connection between common intellectual activity in the art field, which takes place in this field but is not of it, and work on the conditions of production.

This book has been published within the framework of the Midstream Project (http://midstream.eipcp.net) and is supported by the Creative Europe Programme of the European Union as well as the Arts and Culture Division of the Federal Chancellery of Austria. The European Commission support for the production of this publication does not constitute an endorsement of the contents which reflects the views only of the author, and the Commission cannot be held responsible for any use which may be made of the information contained therein.