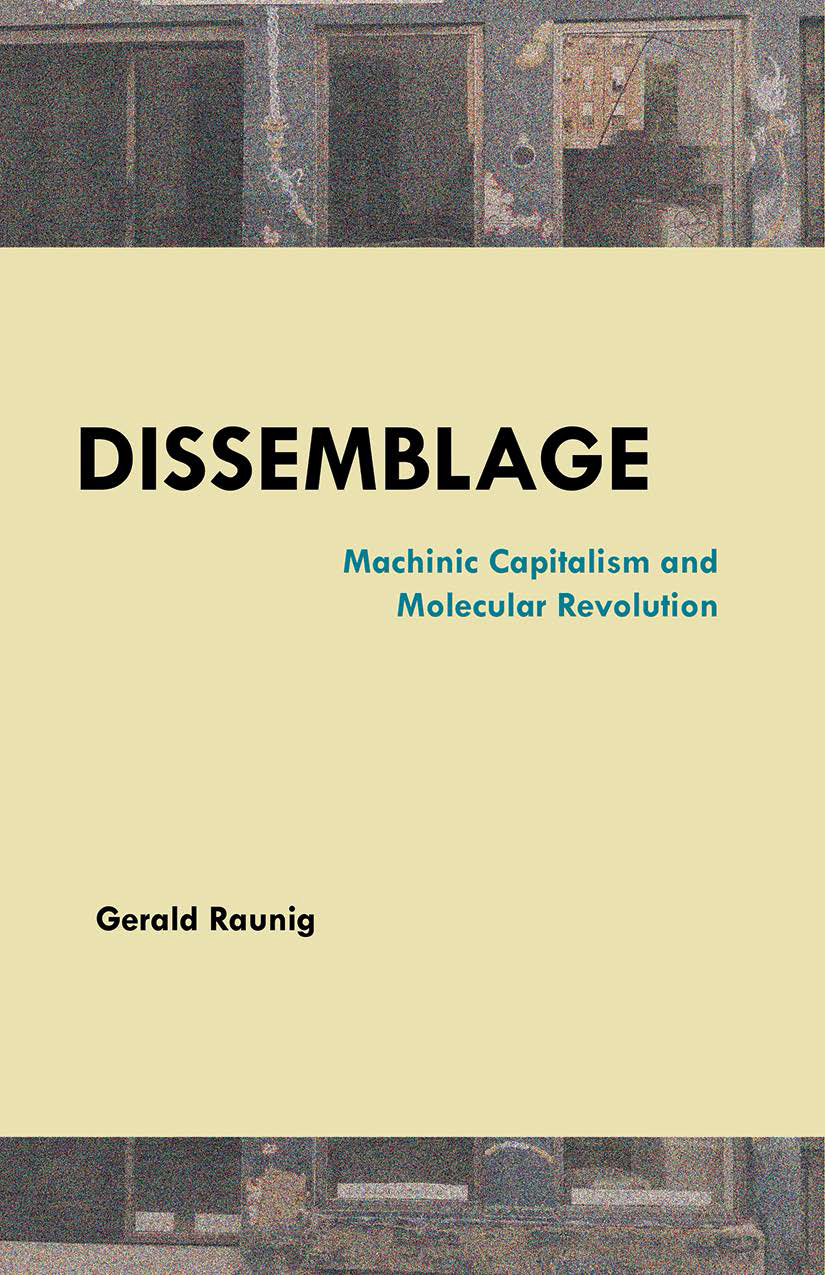 Following Dividuum (2015), Gerald Raunig presents the second volume of “Machinic Capitalism and Molecular Revolution.” Dissemblage unfolds a wild abundance of material of unruliness, from the multilingual translation machines of Al-Andalus to the queer mysticism of the High Middle Ages, from the small voices of the falsetto in 20th century jazz and soul to today’s disjointures and subjunctures against the smooth city in machinic capitalism.

In this volume Gerald Raunig not only develops a conceptual ecology of concepts of joining and jointing, but also undertakes an experiment in theoretical form. Semi-fictional interweaves with meticulously researched historical sources, mystical writings with letters from friends, philosophical fragments with poetic ritornellos. More than a narrative about dissemblages from social surrounds, thing-worlds, and ghost-worlds, the book itself is a dividual multiplicity in form and content, out of joint, in the joints, dissemblage.