Towards a trans(l)national publishing culture

Through multilingual publishing, transdisciplinary cultural production, alternative distribution, exchange of knowledge, digital content, open source digital technologies and new game formats, Peripheral Visions creates international space for creation and experimentation in publishing. The core of the project is international exchange among small/er cultural and linguistic contexts in European semi-peripheries, whereby they support each other through co-production, co-creation, transfer of know-how and sharing of resources. It stimulates creativity and circulation of artists and works, facilitates the trans-national distribution of content and exchange of practices and builds capacities by taking advantage of new technologies. The project extends earlier collaborations and connects 8 organizations from 6 EU and non-EU countries to respond to the fragmentation of the cultural field and digital congestion caused by the current pandemic context. The partners are particularly suitable for this as they produce cutting edge cultural content, practices and knowledge, including in-depth research of new digital technologies, and reach large and diverse audiences.

The project is co-ordinated by Kulturtreger (Zagreb)

The project is supported by the Creative Europe Programme of the European Union. The eipcp's participation is co-funded by the Austrian Federal Ministry of Arts, Culture, Civil Service and Sport. 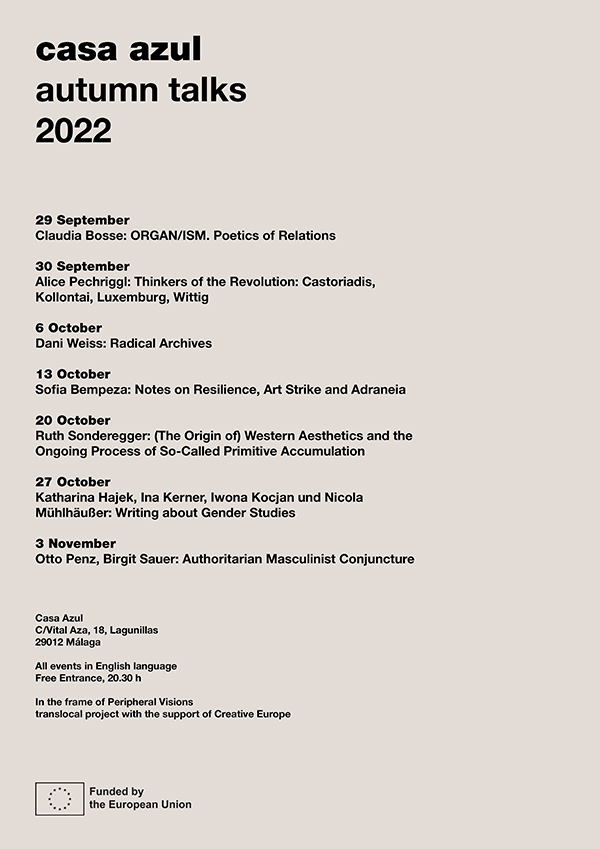